To the donors who made this possible:

Additional gifts from over 150 community members and organizations.

Sculpture at the Douglass Branch 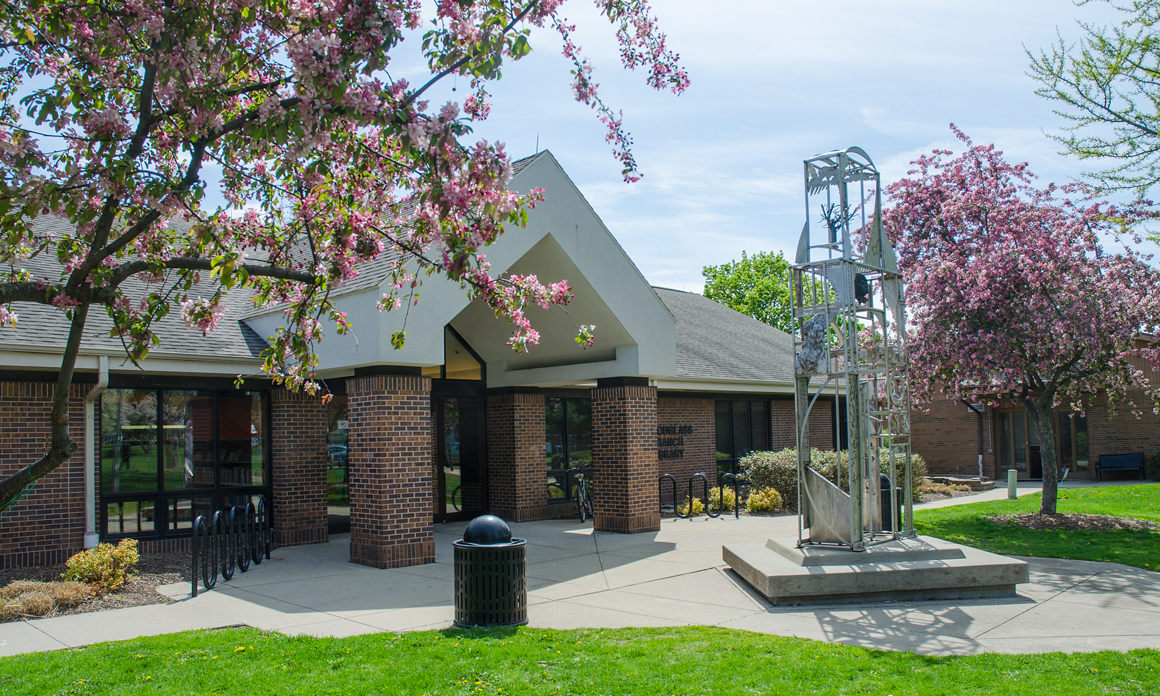 The Douglass sculpture project was coordinated by a committee of community members, Champaign Park District staff, and funded by gifts from the Friends of the Champaign Public Library, area businesses, and donors from the community. Partial funding also came from a Live and Learn Construction Grant from the Illinois State library, a division of the Office of the Secretary of State.

An accomplished sculptor and teacher, Preston Jackson is co-owner of the Checkered Raven Gallery in Peoria, Illinois, where he now lives and works. Jackson has been a professor of sculpture at the School of the Art Institute of Chicago since 1989, and served two years as chair of the School’s sculpture department. His first teaching position was at Millikin University in the early 1970s, followed by more than fifteen years as a professor of sculpture, painting, and drawing at Western Illinois University.

Jackson has ties to the Champaign-Urbana community; he did his graduate work at the University of Illinois. Jackson is also a jazz musician who was once part of the local music scene. He now plays at Peoria clubs and “jazz nights” at his gallery.

In 1993, Jackson, along with former U. S. senator Paul Simon and four others, was selected to receive the Order of Lincoln Medallion, the highest award given by the state of Illinois. Jackson was honored for his efforts to restore morals and respect in society through his teaching of young artists and through his own art.

Other commissioned works by Jackson include five life-size bronze figures at the Karamu Theatre Center in Cleveland, Ohio, and a bronze building facade and doors at Cahokia Mounds Museum in Illinois.

This sculpture is an archway piece — it is a two-way door that symbolizes a gateway to both the past and the future. The door, which is central to the piece, is in a fixed position, neither open nor closed. The bar-like structures in the door suggest confinement of some sort. Dualities in symbolism and thought abound. At the very top we see storm clouds and a menacing-looking black tree whose branches pierce space like bony fingers searching for a hangman‘s rope. It also suggests the impending Civil War and the events at Harper‘s Ferry, events which occurred during Douglass‘ lifetime. Thus, the clouds gather. There are sketches cut in steel that depict events of Douglass‘ early life as well as his homes.There are also lacy cutout drawings of southern crops which were tended by slave labor.

There are numerous Underground Railway images in this piece — the drinking gourd and the Big Dipper, the candle in the window, the ox cart with a false bottom for hiding runaway slaves, the family escaping with a mule, and the board from the period of Douglass‘ life representing a floorboard with breathing holes from a church which hid runaways.

The sculpture contains simple geometric designs, similar to patterns in African American quiltmaking, that have survived through time. Slave art motifs such as the sun ray pattern are reflected in the architechtonic structure. The riveted fabrication method reflects the metal building techniques of the time. No precise measurements were employed in creating this sculpture — there is a handmade quality about the whole piece.

To the donors who made this possible:

Additional gifts from over 150 community members and organizations.