“Tickle it with a hoe, and it will laugh with a harvest,” an early settler said about Champaign County’s soil. The rich, black soil is one reason settlers came to this area. Fertile soil and flat land made it easy to farm. Big harvests convinced the settlers to stay.

This Land Long Ago

Millions of years ago, long before people settled here, this land was covered by a sea. Slowly, the land rose and the sea drained away. During the Pleistocene Era, or Ice Age, glaciers came. Four huge glaciers plowed across the land. They flattened hills, filled in valleys, and left the land flat. Tall prairie grasses began to grow on the flat, wet land. Each year, the grasses grew, died, and decayed, leaving the swampy soil dark and rich. 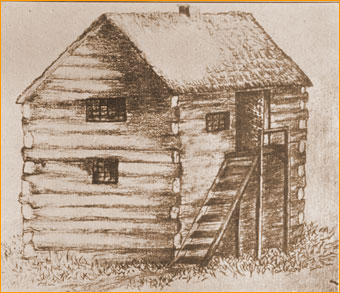 In 1822, the first settlers came through the tall prairie grasses. Runnel and Mary Fielder followed a Native American trail to the area and built a cabin in a grove of trees that would become the first settlement. They were joined by others, like the Busey family, who farmed the rich land by the trees in an area which they would call Big Grove.

The pioneers worked hard to raise crops, make their own clothing and raise livestock. They endured many hardships, like prairie fires, floods, and disease from mosquitoes that lived on the swampy lands. Still, they helped each other raise cabins and barns, had picnics together, and celebrated life with fiddle music and dancing.

As Big Grove got bigger, some of the settlers decided that they wanted to form their own county. This would save them long trips to Danville, which was the current county seat. State Senator Vance agreed with the settlers and Champaign County was formed, named after Champaign County, Ohio, where Senator Vance grew up. A place was picked for the county seat, and it was named Urbana, after the senator’s hometown in Ohio.

The settlers celebrated the formation of their new town in a ceremony on July 4, 1833. Urbana would soon have a store, a jail (which they called the Calaboose; see the drawing of it below) and a courthouse, and then a blacksmith shop, a schoolhouse, and its own newspaper.

The Coming of the Railroad 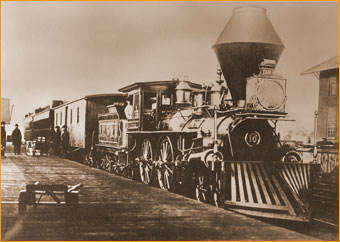 Though Urbana grew, there was something slowing it down. The farmers in Urbana had to travel too far to sell their produce to other towns, and the roads were bad, sometimes too muddy to travel at all. That is why everyone in Urbana was excited when they learned that the railroad was coming their way. It would run from Chicago to Mobile, Alabama and would pass right through Urbana, or at least that is what the people of Urbana thought. 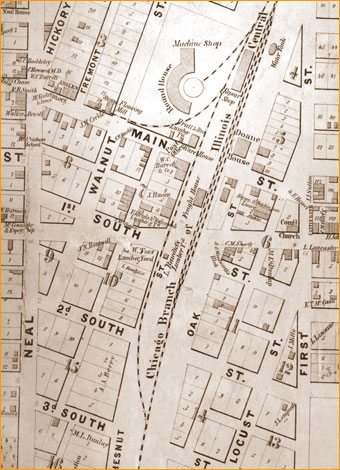 The area around the tracks began to be settled by others. In 1854, a train depot was built, then a steam mill, stores, a church, and a post office. The little town that began to grow was named West Urbana, after the name given to the post office there. West Urbana grew like wildfire, until it was much bigger than Urbana. In 1861 they voted to make their town into a city, and to name it Champaign.

This worried the people of Urbana. What if the city of Champaign tried to take over the county seat? Urbana, to assure that this would not happen, tore down its ten year old courthouse, and built another one so big and fancy they would be sure to keep the county seat!

Both cities grew, with a mile and a half of open land between them. Planks had been laid to make a road across the swampy land and a horse drawn streetcar took people back and forth between the cities. It wouldn’t be long, though, before something important would fill this land.

(The map below shows downtown West Urbana, before the city’s name was changed to Champaign.)

It began when a reverend from Champaign decided to build training school for ministers there. After finishing one huge five-story building, though, the Civil War interrupted their work, and the school was never finished. The huge building, which was nicknamed the Elephant, sat empty for a time, until another idea came along for its use. 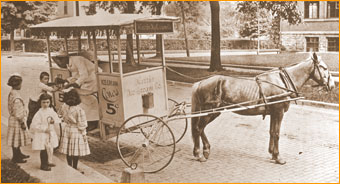 The people of Champaign-Urbana learned that the state of Illinois was looking for a place to build the downstate branch of a college to teach agriculture. They decided that the area between the towns would be just right for a college. The people elected Clark Griggs to the State Legislature, his main task to convince the government to select Champaign-Urbana as the site for this college. It was lucky when Mr. Griggs was named the head of the committee that selected the city for this branch! He was able to convince the committee to select Champaign-Urbana over the many other cities who wanted the college.

The new college was called Illinois Industrial University, and it opened in 1868 with 77 students. They lived in and took classes in the Elephant building, which the University named Old Main Hall. The University added many subjects to those it taught. It would later change its name to the University of Illinois and would grow to become one of the best universities in the nation.

A Time of Growth 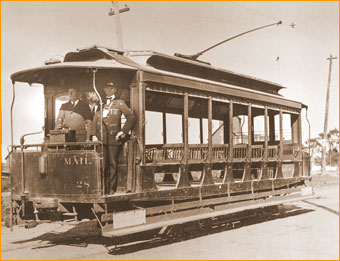 As the University grew, Champaign tried to extend its borders to claim all of the University as its own. The people of Urbana, of course, put a stop to it. Both cities were having troubles of their own. They both battled big fires. Old wooden buildings burned down and were replaced with new brick ones. In the meantime, both cities added businesses. Urbana added a new railroad line and the Big Four Shops, where trains were repaired. Champaign built a library, and both cities began to enjoy electric power and water. Streetcars (like the one pictured below) took people through town, and steam dredges plowed out drainage ditches outside of town to help farmers grow more crops on the swampy land.

Champaign and Urbana moved into the 1900s with spirit. There were parades and celebrations. A steam dredge dug a lake in Crystal Lake Park and a steamboat took people for rides in the new lake. Amusement parks were built. When World War I and World War II broke out farmers grew extra crops, and everyone pitched in to help.

The cities kept on growing. They tried to combine again, both in 1953 and in 1980, but both times voters said no. More businesses were built, along with the assembly hall and Parkland College. By the year 2000, Champaign measured 17 square miles and had a population of 67,518 people. Urbana was ten miles square with a population of 36,395. Both cities have wonderful schools, great parks, and great libraries. We can be proud of our history and of the many people who have built our cities!

Author Alice McGinty
See her books in the catalog