Both locations will be closed Monday, July 4. 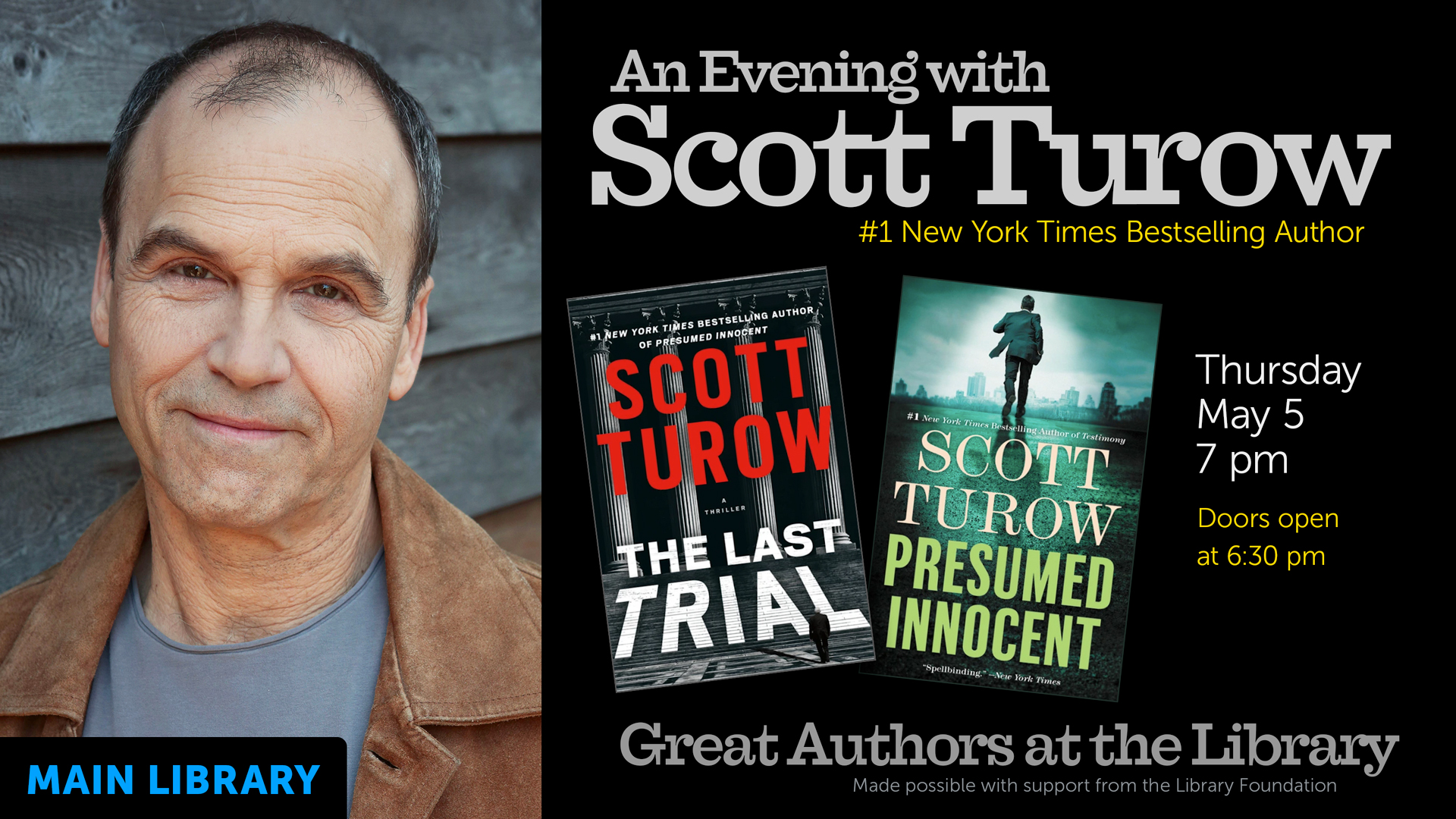 CHAMPAIGN, IL – Scott Turow, #1 New York Times bestselling author of Presumed Innocent and The Last Trial, will speak at Champaign Public Library on Thursday, May 5, at 7 p.m., followed by a book signing.

Uniting his passions for writing and law, author and attorney Scott Turow is considered by many to be the father of the modern legal thriller. His first novel, Presumed Innocent (1987), was made into a blockbuster film starring Harrison Ford and is currently being developed as a new series by Apple TV+. He is the author of eleven bestselling works of fiction. His new book, Suspect, is due out in September. Turow’s works of nonfiction include One L (1977), which chronicles his experience as a student at Harvard Law School, and Ultimate Punishment (2003), a reflection on the death penalty. Turow’s books have been translated into 40+ languages and sold more than 30 million copies worldwide.

Turow has been a partner at the Chicago law office of SNR Denton since 1986, concentrating on white collar criminal defense while also devoting a substantial amount of time to pro bono matters. He was the first chair of Illinois’ Executive Ethics Commission. He was also appointed in 2000 to the Commission charged with considering reform of the capital punishment system in Illinois.

Turow fans love the complexity of his characters and solving the masterful puzzles of the crimes chronicled in his books. His fictional setting of Kindle County is famously fashioned on Cook County and Chicago, so Illinois readers enjoy the echoes of many familiar locations.

Both library locations will close at 5 p.m. to prepare. The Main Library will reopen at 6:30 p.m. exclusively for this event.

Part of the Great Authors at the Library series, this event is made possible with support from the Library Foundation.